We specialize in pain relief.

As your chiropractor, our goal is to get you back to 100% as quickly as possible.

We have treated thousands of satisfied patients. Here’s one example, and we have others here.

Dr. Henry and his staff have been fantastic. Appointments are on time, the staff is thoroughly professional, and the results—fantastic. I really look forward to my next appointment. 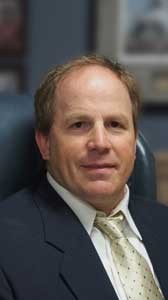 Dr. Henry leads the award-winning Henry Chiropractic clinic. He’s well-respected and well-known in DeSoto County as a community leader, health practitioner, and chiropractor. He has three basic philosophies on his treatment of patients. First, he educates patients to help them understand that Chiropractic care is about correcting the problem rather than covering it up with medication. Second, he teaches his patients how to manage their own care. Third, if the condition is not something Chiropractic can solve, he refers patients to the appropriate health care professional.

Along the way, Dr. Henry has won the “People’s Choice Award” for Desoto County’s favorite Chiropractor for 19 of the last 22 years.

He’s been appointed the District 1 State Representative for the Mississippi Chiropractic Association.

Dr. Henry is fully certified in Myofascial Therapy as well as in Cox Technical for treatment of disc issues.

Dr. Henry and his wife live in DeSoto County with their four boys. 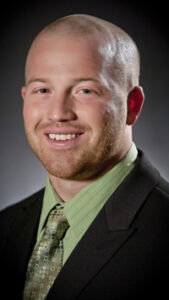 Dr. Hope is originally from Greenville, Mississippi where he attended Greenville Christian Academy. In 1999, he moved to Heber Springs, Arkansas where he graduated from Heber Springs High School. He attended Arkansas State University in Jonesboro, Arkansas andÂ earned a Bachelor of Science in Biology and an Associate of Science in Health Sciences. While living in Jonesboro, Dr. Hope also worked as a patrolman for the Jonesboro Police Department for several years. He attended Parker University in Dallas, Texas and earned a Doctorate of Chiropractic, a Bachelor of Science in Anatomy, and a Bachelor of Science in Health and Wellness. Dr. Hope graduated Parker University at the top of his class, receiving valedictorian honors. He also earned the Scholastic Excellence Award and the James W. Parker Chiropractic Philosophy Award, which is given to the student who, to an outstanding degree, has demonstrated the Parker principles of friendship, love of mankind, and the compassion to serve in the practice of Chiropractic.

Dr. Hope says “As a chiropractor, I consider myself blessed to have the opportunity to work with so many different people in our community. It is truly amazing as I watch someone progress through treatment and see not only their pain be relieved, but also their overall quality of life improve. Seeing these changes in our patients lives, and realizing we are offering a better alternative to the substandard care that so many people are accustom to receiving keeps myself, Dr. Henry, and our amazing staff motivated. I’m looking forward to further serving our community and am excited as I look towards the future, and the changes that are on the horizon for Henry Chiropractic.” 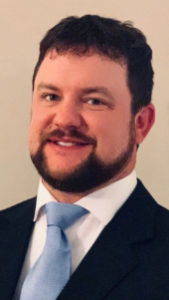 Dr. Stubbs is from Kearney, NE where he attended both high school and college. He graduated from Kearney High School in 2005 where he was involved with multiple sports teams. After high school, he attended the University of Nebraska at Kearney where he received his Bachelor of Science degree in exercise science as well as a minor in health science. While attending UNK he played football for the Lopers, and participated on the 2009 Rocky Mountain Athletic Conference Championship Team.

Growing up on a farm in central Nebraska, Dr. Stubbs was instilled with a dedicated, hard working attitude to which he brings with him to Olive Branch. Dr. Stubbs is excited for the opportunity to serve the Olive Branch community and continue to grow with an already growing city. In his spare time, he enjoys spending time outdoors playing sports and hunting. When he’s not outside you can find him taking part in his other hobby; cooking and grilling.